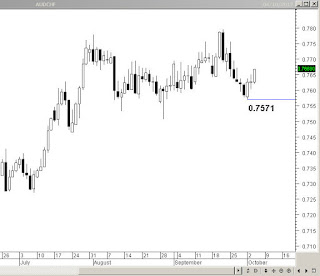 After touching the major resistance area (0.774 - 0.780) & can't breakthrough it, & at the same time the technical indicators showed that the price reached the overbought area, so we expect the AUDCHF to decline till ( 0.71 - 0.70 ), but on the way down it will face two supports may curb a bit, first is the 0.7571, second is the major downtrend line connecting peaks from the middle of 2012 till 2017 & now acts as a support (price breakthrough it upwards).