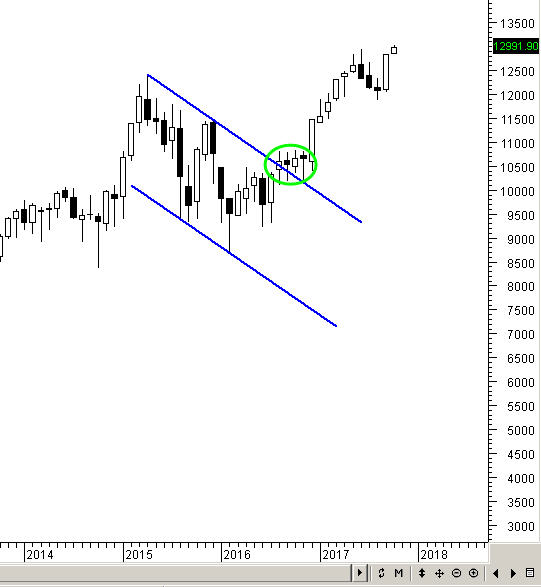 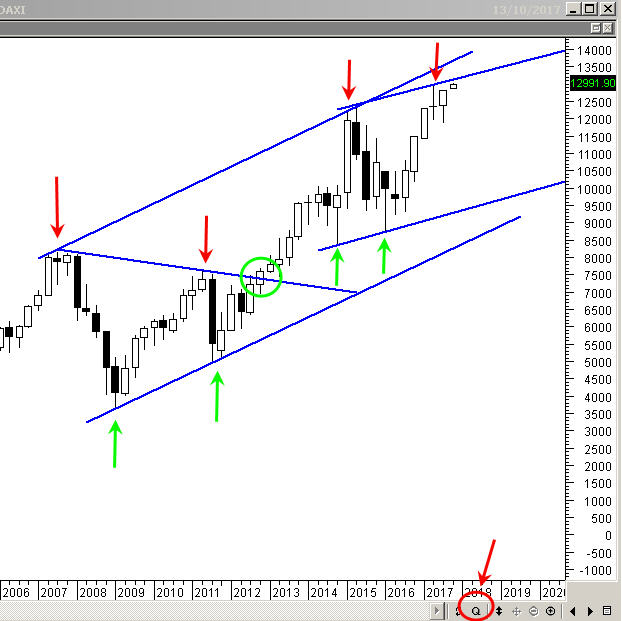 First if we take a look at the Quarterly time frame, we will notice the great symmetrical triangle pattern which started from the lower high (June 2011) compared to (September 2007) high then followed by higher low (September 2011) compared to (March 2009) low then the value action succeeded to breakthrough the upper boundary of the symmetrical to reach it's target (as the book) at 12219-12390 (March-June 2015)

Then value declined to make a deep correction in a form of bearish swing (lower high lower low) at the longer approach frame, by connecting highs together & lows together to form a downward unconfirmed channel but somehow it is reliable due to it's longer time frame, then on (August 2016) value succeeded to breakthrough the upper boundary of the channel to reach a target at 12951.50 (June 2017).

On the shorter approach, the macd histogram indicator form a bearish divergence on daily frame & this should be taken into account.

Supports level in order are:

The upper boundaries of the channels acts a a resistance levels.